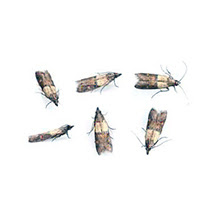 Pest control is at least as old as agriculture, as there has always been a need to keep crops free from pests. As long ago as 3000 BC in Egypt, cats were used to control pests of grain stores such as rodents. Ferrets were domesticated by 1500 BC in Europe for use as mousers. Mongooses were introduced into homes to control rodents and snakes, probably by the ancient Egyptians.

The conventional approach was probably the first to be employed, since it is comparatively easy to destroy weeds by burning them or ploughing them under, and to kill larger competing herbivores. Techniques such as crop rotation, companion planting (also known as intercropping or mixed cropping), and the selective breeding of pest-resistant cultivars have a long history.