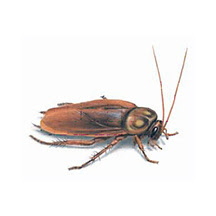 Populations of pest insects can sometimes be dramatically reduced by the release of sterile individuals. This involves the mass rearing of a pest, sterilising it by means of X-rays or some other means, and releasing it into a wild population. It is particularly useful where a female only mates once and where the insect does not disperse widely. This technique has been successfully used against the New World screw-worm fly, some species of tsetse fly, tropical fruit flies, the pink bollworm and the codling moth, among others.

Laboratory studies conducted with U-5897 (3-chloro-1,2-propanediol) were attempted in the early 1970s for rat control, although these proved unsuccessful. In 2013, New York City tested sterilization traps, demonstrating a 43% reduction in rat populations. The product ContraPest was approved for the sterilization of rodents by the United States Environmental Protection Agency in August 2016.