Did You Know? Some Bees Have Fur! 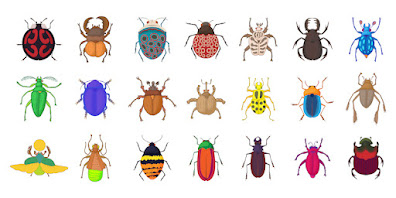 Bumblebees vary in appearance, but are generally plump and densely furry. They are larger, broader and stouter-bodied than honeybees, and their abdomen tip is more rounded. Many species have broad bands of colour, the patterns helping to distinguish different species. Whereas honeybees have short tongues and therefore mainly pollinate open flowers, some bumblebee species have long tongues and collect nectar from flowers that are closed into a tube. Bumblebees have fewer stripes (or none), and usually have part of the body covered in black fur, while honeybees have many stripes including several grey stripes on the abdomen. Sizes are very variable even within species; the largest British species, B. terrestris, has queens up to 22 mm (0.9 in) long, males up to 16 mm (0.6 in) long, and workers between 11 and 17 mm (0.4–0.7 in) long. The largest bumblebee species in the world is B. dahlbomii of Chile, up to about 40 mm (1.6 in) long, and described as "flying mice" and "a monstrous fluffy ginger beast".