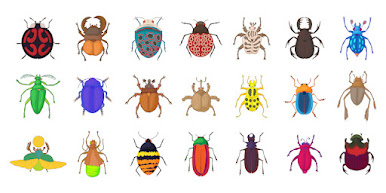 Uniquely among chelicerates, the final sections of spiders' chelicerae are fangs, and the great majority of spiders can use them to inject venom into prey from venom glands in the roots of the chelicerae. The families Uloboridae and Holarchaeidae, and some Liphistiidae spiders, have lost their venom glands, and kill their prey with silk instead. Like most arachnids, including scorpions, spiders have a narrow gut that can only cope with liquid food and two sets of filters to keep solids out. They use one of two different systems of external digestion. Some pump digestive enzymes from the midgut into the prey and then suck the liquified tissues of the prey into the gut, eventually leaving behind the empty husk of the prey. Others grind the prey to pulp using the chelicerae and the bases of the pedipalps, while flooding it with enzymes; in these species, the chelicerae and the bases of the pedipalps form a preoral cavity that holds the food they are processing.

Most spiders convert nitrogenous waste products into uric acid, which can be excreted as a dry material. Malphigian tubules ("little tubes") extract these wastes from the blood in the hemocoel and dump them into the cloacal chamber, from which they are expelled through the anus. Production of uric acid and its removal via Malphigian tubules are a water-conserving feature that has evolved independently in several arthropod lineages that can live far away from water, for example the tubules of insects and arachnids develop from completely different parts of the embryo. However, a few primitive spiders, the suborder Mesothelae and infraorder Mygalomorphae, retain the ancestral arthropod nephridia ("little kidneys"), which use large amounts of water to excrete nitrogenous waste products as ammonia.